Something new and exciting is coming... 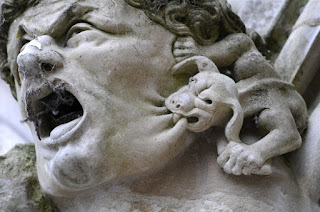 I've unearthed my very first Role-Playing Game. I wrote it between 1997 and 1999, when I was a teenager.

And boy, it sucks!

Or rather - not entirely. The final iteration of the game mechanics I made for this game had seen the light of day in form of Perilous Ages - my small simulacrum which I released back in 2016. And even more streamlined version will be used for Pain RPG.

So, what's the plan for that particular gamebook?
Well, I feel particularly brave.
I will scan and post EACH PAGE of that game on my Patreon. It was written in Polish, so I will provide a full translation of each page, along with my recent commentaries.
Maan, it will hurt me alot. But I think it might be interesting.
Tell me what do you think about this idea!
by Albert R. at 2:17 PM

Email ThisBlogThis!Share to TwitterShare to FacebookShare to Pinterest
Labels: info, Legends of Rangor