Well, I've already posted quite a lot of artwork from the Lunation Board Game, both here, on FB fanpage and Instagram. Now I feel it's the right time to post something more about the game.

In this post, I want to show you some basic information about the types of cards used in the game. Click on the images to enlarge them: 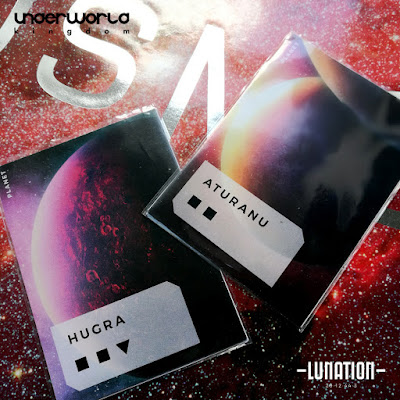 These are the Planet cards. They are placed on the game board and are used mainly to gather Energy (depicted as triangles) and Resources (square icons) from them. Players do not conquer Planets in any way - they can (and should!) be used as long as we have at least one Fleet and/or Character on them. In addition, Planets deck contains small quantity of places that aren't the planets - such as Ice Fields, Dim Nebulae and even empty space. 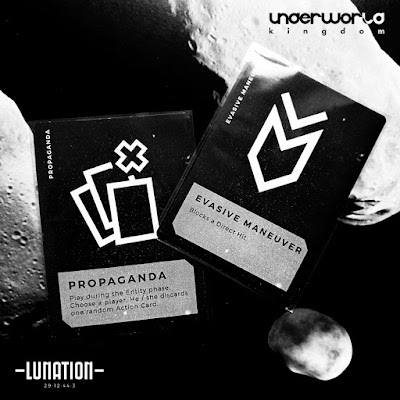 Game will contain 48 Action Cards - four copies of each type. There is a big variety of them - lots can be really helpful during combat, others can grant Energy, Resources, more Action Cards and even Fleets. But there's more possibilities :)
Each Action Card contains an info during which phase of the Turn they can be used - funny thing that prototype from the image above has no info about it on the Evasive Maneuver card! 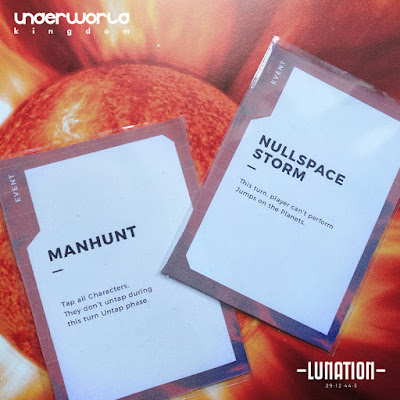 Beginning from the third Turn, First Player draws and reads the Secret Objective card. Effects of these cards apply to the all participants of the game and they can have both negative and positive effects. 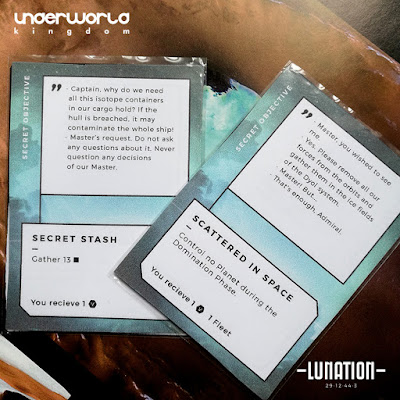 At the beginning of the game, each Player draws one (or more - it's not decided yet - see below) Secret Objective card. They can fulfill their requirements during each Turn's Master Phase, mainly to gain additional Victory Points.
We haven't decided yet if Players will draw one Secret Objective card and will be able to draw next one after he/she "completes them", or rather draw three of them at the start. As game is still being tested, we will figure it out really soon :)

In the next post about Lunation, I will reveal something more about the game setup.