I have several pages of notes about the world of Ortix - the races, magic, places etc. Not much stuff so far but I have much more sitting inside my head ;) And due to the vast diversity of the things created so far and the things yet to come, I wonder if it will be a good idea to release it as an alphabetical index, some kind of encyclopedia?

Of course, the game book will be big one. And of course, it will grow bigger and bigger. And I think that it will be easier to add new stuff to alphabetical index than constantly re-formatting the text to add things to particular chapters.

Second idea is - alphabetical order but still divided in some major chapters, such as places, creatures, magic and so on.

Crypt Crawler - Scum of the Land 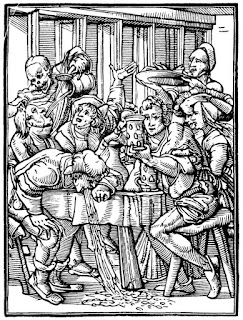 No dignity in adventuring - here is a list of classes for the Crypt Crawler system. PCs are more or less outcasts. Noble ones does not crawl in the ancient mud. Fuck the broken and the poor.

Diamond Diceless - explanation of the traits 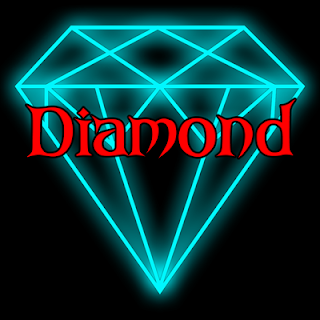 Few posts ago I posted the one-page screenshot of the Diamond Diceless mechanics. At the bottom of the image, there was a list of traits which can be bought for the character creation points. Here is the explanation of all of them.

ALCHEMY can be used to craft potions, medicine and - if advanced laboratory is available - to transmute one substance to another. Even simple equipment is required to use this trait. Works well with: Herbalism, Medic, Natural Magic, Ritual Magic.

CATACLYSM LORE is knowledge about the Cataclysm which devastated the world in the past. Also some stories, rumors and legends about the time before the catastrophe. Works well with: Spirit-bound.

HERBALISM is lore about plants and fungi that can be used as medicine and poisons. Works well with: Alchemy, Medic, Natural Magic, Survival.

LOW MAGIC - most raw and powerful method of channeling the magical energy. Manifestations of Low Magic are simple, almost instant and often very devastating. Very dangerous for anyone whose Power is not on very high levels. Works well with: Sense Magic.

NATURAL MAGIC is form of magic involving contact with spirits of the ancestors, natural or supernatural beings and drawing the energy from the elements. Requires iron discipline and strong will to succeed. Also, remember that this form of magic often relies on some kind of pact between the shaman and the entity he summons. Works well with: Herbalism, Magical Talent, Spirit-bound.

REGENERATION. Some creatures are able to heal wounds much faster than others, some are even able to regrow lost limbs, although the regeneration process can last for months.

RITUAL MAGIC covers all kinds of magical effects that can be achieved by performing a ritual. Safest way to achieve powerful results but often requires lots of time and efforts. Some rituals allow to contain the spell in the magical wand, ring or scroll. However, creation of such spell containers can be complicated and expensive. Works well with: Artistry, Magical Talent.

SENSE MAGIC is the ability to feel the flow of magic and presence of the magical beings (or even entities not belonging to this world).

SENSE POWER - allows to determine the values of the Power stat. Note: GM should give the brief but somewhat accurate descriptions instead of exact numbers (eg. "this Korri is pretty inexperienced and weak" or "aura of near-omnipotence is emanating from the creature").

SPIRIT-BOUND is an mystical bond between the character and the spirits of nature - and of the dead. Allows to contact the spirits during the meditation, trance or - sometimes against one's will - during the sleep. Works well with: Artistry, Natural Magic, Sense Magic.

SURVIVAL is a set of skills allowing to survive (and live) in the wild. Allows to gather food, set simple traps, build shelter and set fire.

WEAPON MASTERY. Many weapons are too sophisticated to be used by untrained fighters. Characters with this trait have knowledge to use almost all kinds of weapons created by mankind (and sometimes even armament designed and used by other races). Works well with: Warfare (can be used to train others).
by Albert R. at 10:01 AM No comments: 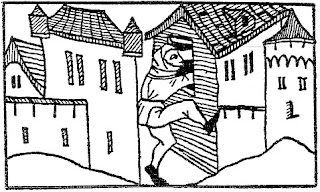 This night I managed to write down some basic ideas for the Crypt Crawler ruleset (mentioned for the first time here). I'll post it here as ordinary (for me) assorted list. Thanks for Claw Carver for the idea of levelling the stats!
Probably I'll release the ruleset along with the Darkest Hour setting, in form of small PDF booklet. Probably bigger than Towers of Krshal but still not particularily huge ;)
by Albert R. at 5:43 AM No comments: