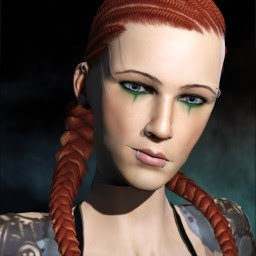 As you have noticed I haven't written anything for some time. The main cause for this was that I started playing EVE Online, GMed Dark Heresy and played in a band. Underworld Kingdom have suffered because of that and nothing new was written, although I managed to put in order some of my older stuff. I believe that the time came to write some more, even if not as regularly as it used to be. It is also a time for some changes - new author. Mr. wight, the author of ideas from this post. I have no idea what is he going to write here (except expanding of his previous ideas) and how frequently he will do it but I do believe that his contribution will be worthwhile, especially that for some years we were creating a game from which Bandits & Battlecruisers is being developed.
If some of you plays EVE, you can reach me in-game as Sarai Cayne :-)
by Albert R. at 3:55 PM