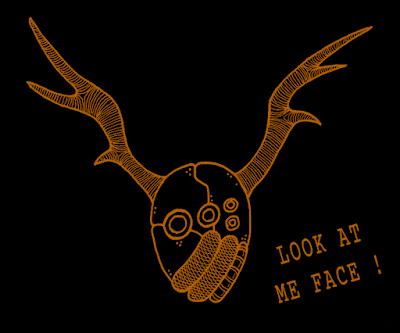 Things are getting better for the game. I took an over 2-months break from working on the game (here I explained how I managed to get back on track) but now I enjoy designing new stuff even more than before.

And all of this within one week! Which brings us to the second part of the report, which is...

I enjoy working on this game alot. But I enjoyed it before - and burned out. Now I must keep the right tempo and not strain myself too much. Now I try to create something new every day - but not too much. Also, I don't push myself. Right now I'm not bound by any deadlines - so I exploit this fact, haha!

Quick advice to all of you - IF YOU EVER COME UP WITH AN IDEA TO CREATE A D666 TABLE WITH AT LEAST TWO SENTENCE DESCRIPTIONS FOR EACH ENTRY - DON'T TRY TO FINISH IT IN ONE MONTH!

If you enjoy my work, consider dropping me few coins on Patreon.