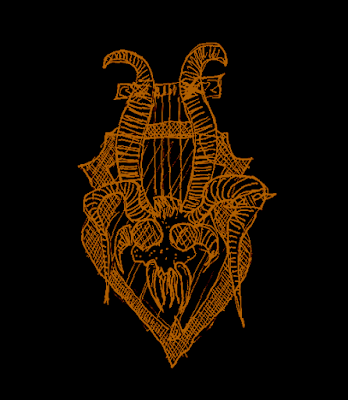 Located in the maze of dungeons between Upper and Lower Cities, the Trophy Room is the largest known (has anyone actually seen it?) collection of skulls, skeletons and taxidermied animals in the entire City. Some of them originate from before the Fall.

Some outcasts from the Biologists claim that some of the trophies are still alive in huge vats, operated by the keepers bound by the ancient oath.

I've come up with an idea for this place about three years ago, when I started to work on Pain again, after years of hiatus. But it doesn't end there!

As I mentioned in this post, most entries in the description of the setting will have a short random tables, called the Emblems. In Trophy Room's case, I went much farther. I made a table of random trophies. A d% table. And I managed to finish it in one and half days!

Here are the first 20 entries from the table:

If you enjoy my work, consider dropping me few coins on Patreon. I will post a full table there!