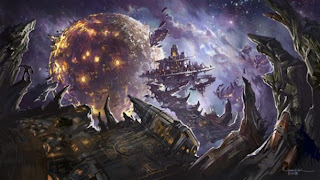 Yesterday I wrote about things I managed to do in 2013, today I want to write something about my RPG-related plans for the upcoming year.
Of course I have more still unfinished projects but I'm not sure about them. But I will try to do my best :)