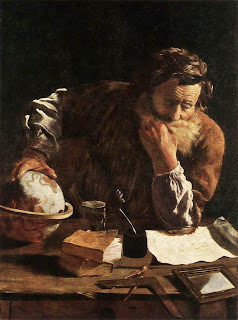 ...because I can't describe it as a game design. At least not in my case.

Why? It's simple - during the last eight or nine years I've created TONS of "rpg design stuff". Hundreds of pages full of notes, loose thoughts, partially-filled random tables, lists and so on. And I thought "cool, I'm great at this!"

During all these years I started shitloads of projects. Complete games, campaign settings, supplements great and small. Really, really lots of them - I think that over twenty. And how many I managed to finish? Three. Fucking three. Terminal Space, Towers of Krshal and Bandits & Battlecruisers (I don't count Bandits & Basilisks because it took me about five hours to complete it). And you must know that they weren't complilation of my previous notes. I just sat down and wrote them. From scratch (or almost from scratch). And what is even more funny - all these hundreds of pages of notes were almost useless.

Quick summary:
So, it's not about the game design. Apparently I suck at game design. But I'm not that bad about game writing. I guess I should sit down and fucking write rest of my stuff. Space Alphabet, mapbook, Charon Prime - but now I'm working on Project P. Instead of fucking around, I'm just writing the rulebook. That's what I can do.