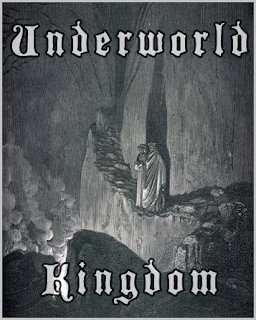 As you probably know, I'm struggling with writing the Underworld Kingdom for quite a few years. Yesterday a new idea came to my mind - probably I will not release it as one big book / PDF but several smaller pieces. There are several reasons why I want to release it in such form:
At the moment, I can announce some basic booklets:
Aaand some ideas about further ones. I can't promise anything about them yet, not even the titles and content:
Tell me what you think about it.
by Albert R. at 4:38 PM