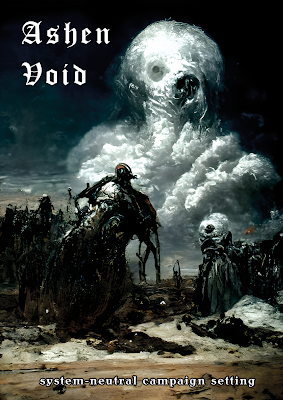 I wrote a setting. I needed a break from Pain and Sci-Fi (and Sci-Fantasy) in general. So I sat down and wrote a game. Systemless and comprised almost entirely of random tables. The proofreading and editing is already done, all artwork is done (with use of an AI). Now I'm fighting with InDesign to make a proper PDF (better than my previous releases, made in... Word).