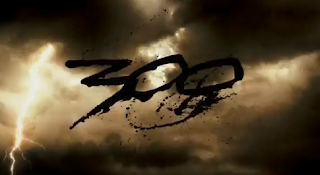 Whew. 300 posts! I never thought that I'll manage to do it. Good that still I have some ideas to post about, images to share and games to write :)

To celebrate this occasion I'll write another post without big meaning - as I have many unfinished projects I feel obliged to share with you information about state of progress of these games / supplements / whatever.

Underworld Kingdom - my campaign setting in the world without a surface - about 80 pages of initially-formatted text. About 8 graphics are done. Still much to do - I need to do some maps, hex descriptios, brief descriptions of the most notable locations, random encounter tables and maybe some addons and it will be done. As I know myself it may take me another year to write these 30-40 pages of stuff. Not very good.

Bandits & Battlecruisers - another space-related retroclone, mix of ideas of Terminal Space and Bandits & Basilisks. 70 pages of initially formatted text. I have major problems with inventing new spells (and I don't dare to ask for someone else's spells for a commercial project) - I hate making them. Also - big problems with forcing myself to write monster descriptions. Despite that, several big random tables are made. Third section of the book (Shipyards) isn't even started. No artwork made. Like Underworld Kingdom - it will take a while.

Tombs of Krshal - probably cancelled. I plan to make something bigger.

Darkness over Krshal - yeah, I want something bigger. But it isn't even started. Nothing new about Krshal was written since the release of the Towers of Krshal except some ideas.

Battlestation Omega - campaign setting using the Bandits & Battlecruisers ruleset (also, 0e / Terminal Space-compatible). It waits for the completion of the rules system (B&B). About 10-15 pages of notes exist, nothing more. At the moment I don't think alot about it. However, I plan to write something BO-related stuff during next year AtoZ challenge :-)

Charon Prime - almost everything about this campaign that was made by me is already posted on this blog. New stuff will come. I still have some ideas about it.

Space Alphabet - currently I don't think about it. I have a list of all entries but nothing done already.

Xsection Mapbook - only one map done, also, one map idea went into the Towers of Krshal and is presented there. Currently I have no heart to draw cross-section maps.

Underworld Wilderness - some little stuff in a vein of the Towers of Krshal but covering different issues. Project cancelled as a separate thing - it was absorbed by Underworld Kingdom.

"Project P" - very special and somewhat stupid idea - I want to make an "obscure game" - simulacrum game in vein of not-very-well-known games from late 80s, limited print run and nothing more. Something not to gain fame nor lots of money, just to satisfy my weird RPG-related cravings :D Not so much is done right now but I love this project, mostly because it reminds me my first, very clunky games.

In addition, I have at least two big non-OSR-related RPG projects but both are currently put on ice.
by Albert R. at 6:06 AM