Yet Another Campaign Reshaping 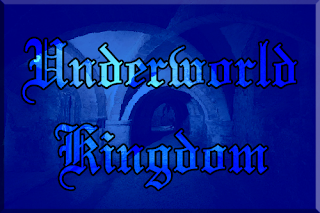 Yeah, I know that it may look strange and even funny, but I decided to reshape campaign AGAIN. Or, to be more precise, change contents of Underworld Kingdom PDF.

Again, I decided to split campaign world in two - I have more and more ideas for the Underworld Kingdom itself and less and less for Ortix and other parts of surface world. So - because I want to produce quality stuff (please forget about layout of Towers of Krshal - I had no money for editing and art), it's time to separate surface world from the depths of underworld.

Of course, it will cause lots of changes - I must slightly alter several tables and drop some ideas, but now I'll have much more space for additional underworld-related generators, tables and so on.

Although Ortix is now divorced with Underworld Kingdom, it don't mean that it is dead. One day it will return. But I have lots of different projects to complete before that.
by Albert R. at 6:37 AM