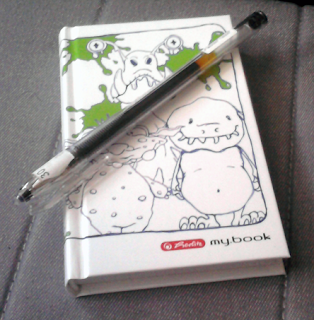 Yay! New, awesome pen and really great hardcover notepad - gifts from my girlfriend :-)
Attention - if you are one of my rl players - DO NOT READ THIS, or you will be banned for life :D
Here are bunch of quick ideas that came to my mind yesterday. I plan to use them in my Underworld Kingdom campaign:
by Albert R. at 1:07 PM

Email ThisBlogThis!Share to TwitterShare to FacebookShare to Pinterest
Labels: inspirations