Seven Noble Houses of the Citadel of Rust (Charon Prime) 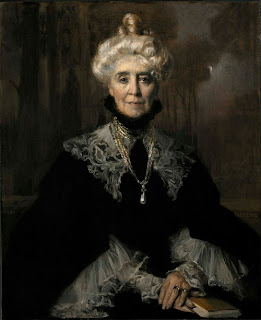 Alcanter -known because of eccentric behavior and baroque aesthetics. They have some dark secrets, probably about mutations and madness.

Croyle - they conduct twisted, forbidden experiments with humans and artifacts of the Hollow Ones. Rulers of the Tower of Mirrors.

Cedia - masters of the Excavation Station. They have long tradition of assassination and betrayal within the family ranks.

Wynter - many members of the family are the clones. Some people say that their blood is tainted in some way (by the blood of the Hollow Ones? who knows...)

Strakarson - they have ritualized almost every aspect of their lives. Current maintainers of the Alchemist's Outpost.

Taro - they say that they possessed arcane powers of Necromancy. Probably they are using the Black Dust as a drug, thus their bodies are twisted and damaged.

Drayton - masters of cybernetics, their founding members are still alive (mostly because extensive using of bionics and synthetic implants).
by Albert R. at 8:33 AM