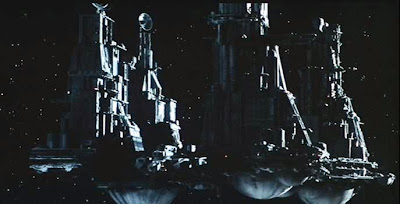 These monsters are very rarely built nowadays, mostly because of very complicated maintenance and lack of defense systems. Despite that at least several Behemoth Freighters are still in use but most of them are used as stationary storages. If on run, they are often protected by military ships of various sized (mostly frigates and heavy missile ships).