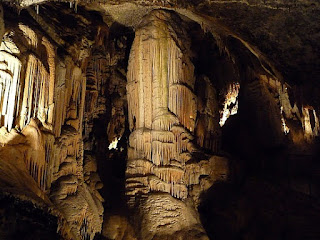 OK, maybe it's time for another reboot.
I found my current campaign as typical and boring, so currently I'm thinking about another significant change. In fact, very strange idea have crossed my mind... What if the world of surface is only a myth? If the whole setting will be placed in the Underworld? With NO FUCKING SURFACE? No sun? :D
Bunch of very fresh ideas:
Still I'm not ultimately convinced by this verson of the Underworld Kingdom - primarily because it will force me to drop an idea of moons and Floating Island - unless you have some ideas that can solve this problem. Maybe I'll post info about both Ortix and new Underworld Kingdom, but this solution also will cause new problems - I don't know which version of the campaign I should run :D
by Albert R. at 11:32 AM