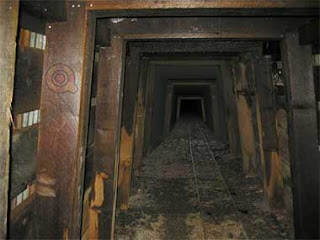 So, probably I will make another remodeling of the campaign (here you can find more info about it) and this time changes will be even bigger than during previous reboot. However, I'll not resign from the idea of the surface world, most likely I will separate both ideas - another maps, background and rules for the Ortix world, another for twisted and bizarre (truly weird?) Underworld Kingdom. Are they connected to each other? It will depend only on GM's decision :-)

Here is a list of things that potentially will appear in the "new" Underworld Kingdom:
I know that these are only names, but they can give you some ideas on how it will look like. In addition I'll try to expand this list in the future and add links to the articles about specific items.
Another idea that came to my mind is that these locations will not connected in the "only right" way - more likely I will include general guidelines about connections between different layers (and some additional rules about moving between larger parts of the Underworld) and every DM will be able to connect different parts of the Underworld Kingdom in his own way.
by Albert R. at 7:12 AM